Leave a comment
Film Screenings, sex with paula, the dangers of online dating

If you got into Hollyweb Fest you’d be drooling too! Los Angeles here we come!

If you got into HollyWeb Fest, you’d be drooling too.

THE DANGERS OF ONLINE DATING is heading south in April as we’ve been officially selected for the 7th Hollyweb Fest in Hollywood, California! It was a fantastic experience to be officially selected and in attendance last year with YOUNG & RECKLESS (we also picked up best editing for the series!)

“As the world’s premiere destination for digital content, we are consistently screening the best digital series and pilots available online.” – Hollyweb Fest

Both myself and lead actress, Paula Burrows, will be in attendance for the entirety of the festival! See you there!

In case you didn’t know, Paula is also a writer and assistant editor of our companion webseries, “SEX, With Paula“!

Please subscribe to our YouTube channel and social media to show us your support – IT REALLY MATTERS! – and leave us a comment on as many videos as you can. Cheers! 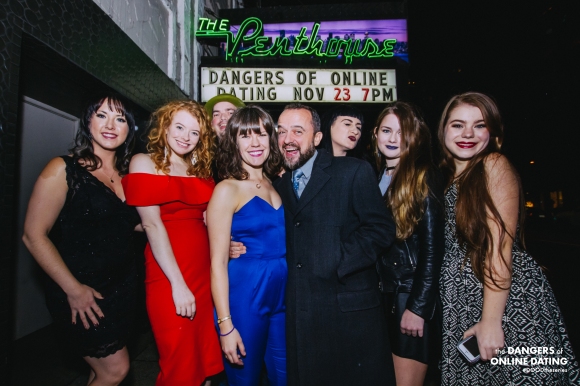 The cast (and some crew!) at the launch party and screening of “The Dangers of Online Dating” in Vancouver, BC at The Penthouse November 23, 2017. (L to R: Stacy Mahieux, Paula Burrows, Brianne Nord-Stewart (creator/writer/director), Peter New, Byron Noble, Natalie Catherine, Sierra Pitkin)

To whomever is reading this, thank you for taking the time!

Whether you’re here to (fingers crossed) vet me for a job, check out some of my award-winning work (😉), or maybe we’ve gone on or about to go on a date and you’re cyber stalking me (well done, but please stop) thanks a million for hanging out long enough to read this sentence.

The last year was really all about getting my original digital series, THE DANGERS OF ONLINE DATING, written, produced, edited, delivered, and finally, launched into the ether that is the internet. Wow.

Well, I did it. The show is out (WATCH IT). Ready to be consumed (WATCH IT). It’s done (Did I mention you should WATCH IT). And I have already started releasing the companion sex education series, “SEX, With Paula“. There are 9 episodes of #DOODtheseries (WATCH IT)(use this hashtag!) and soon to be 9 episodes of #SEXwithPaula (this one too!) out as well, AND we’re going to continue releasing new episodes of the latter until we cannot possibly anymore.

There are a few people that I absolutely need to thank.

First to the cast and crew of season one, which we started filming in 2012 (yes, really). To Paula, Stacy, and Byron, thank you so much for coming on board back then, and for still being committed 5 years and 2 provinces later! To our very tiny and committed crew, thank you for your countless (or few) volunteer hours on what was this little idea I had.

And then to Telus Optik and the Storyhive team. There in all likelihood would not be a season 2 without you. And definitely not a season 2 like this. And to Creative BC for that little bit extra. So…THANK YOU FOR ALL THE 💰 💰 💰💰 !

To the season 2 team…Season 2 was achieved with a great many more people, more crew, more cast, more locations – more everything – and all of those logistics were being planned and re-planned by my line producer James Hutchison. He’s the shit. (Don’t even think about poaching him.) To the new cast who came in and have been all about the show, I THANK YOU!

So what am I doing next? The question of the day, month, year, hour, minute, second…

Well, today I did some life stuff and laid on the couch and watched “Julie & Julia” because I needed Nora Ephron’s magic, and was subsequently inspired to write a new blog post (the film is about a writer writing a blog…)

Next up is re-writing a half hour pilot for THE DANGERS OF ONLINE DATING, re-writing my feature, writing a one-hour original, and pitching other web/series content that that I’ve been developing with other writers. I want to direct my first feature, and then my second. I want to get that first episodic gig, and then my second. And then I’m sailing.

Literally. I’m getting on a boat and sailing around the Cook Islands.

So please, watch the freaking show.

Honestly, so much press talk. Not sure where to start with this other than THE DANGERS OF ONLINE DATING launch day is tomorrow!

If you’re reading this on or before November 23rd, 2017, you can get your tickets to the Vancouver launch & screening by clicking HERE.

It it’s after November 23rd *tear* you can start checking out the weekly release of episodes on the brand spanking new YouTube channel by clicking HERE. Remember to click SUBSCRIBE!

Press links will come soon, but in the meantime here is THE DANGERS OF ONLINE DATING on the Vancouver Sun cover, and a picture of me with host Cory Price at Roundhouse Radio 98.3 earlier this afternoon. We closed out the interview by playing “Little Death” by the local Vancouver band, IMUR. Take a listen to that track and the whole album!.

“Young & Reckless” is heading to ITVFest in Vermont!

YOUNG & RECKLESS, the comedy webseries I directed and produced – about a 28-year-old dude whose arch nemesis is a 13-year-old girl – has been officially selected at ITVFest in Manchester, Vermont which runs October 11-15th, 2017.

ITVFest (the Independent Television Festival) is a worldwide community of television creators, executives, agents and fans responsible for discovering the best new television programs created on independent (aka, non-network) budgets.

This is an excellent forum to discover new shows, meet new creators, and show off our hilarious show YOUNG & RECKLESS and also talk about “what’s next”.

To learn more about the festival head to www.itvfest.com

AND you can watch the entire series right now at www.YnRtheseries.com

The 18th Annual Shorts International Festival is a festival that only screens films that have previously won awards, and I’m happy to announce that BEAT AROUND THE BUSH has been officially selected. The festival runs July 1st-8th in Trieste, Italy and having been there myself once (whilst hitchhiking across Europe), I would love to go again!

This will be the second film that I have directed that has played here. My short TROLLS, screened in 2011.

Cast members of YOUNG & RECKLESS are nominated for The 1st Annual Mics Awards!

(L to R) Paige Bateman as STACEY, Sierra Pitkin as OLIVIA, and Devon Ferguson as DEVON in “Young & Reckless”

The Mics mission is to “recognize, honour and reward Canadian and International youth in achieving excellence in the entertainment industry.” 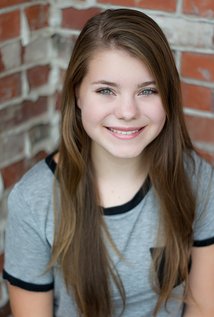 Sierra Pitkin is nominated at the 1st Annual Mics Awards

Paige Bateman is nominated at the 1st Annual Mics Awards

You can watch YOUNG & RECKLESS at 35,000 feet when you fly with Air Canada, or you can watch it a sea level by heading to www.YnRtheseries.com

Congratulations and good luck to all The Mics nominees.

I just got word from the head of the Pilot Light UK TV Fest in Manchester that YOUNG & RECKLESS won Best International Web Series this weekend!

“On Saturday 6th May at MCR Central Library as part of Pilot Light TV Festival Season 2 we held our very first awards ceremony for our TV Pilots and Web Series content that were in competition, and what a competition it was! The quality of the content submitted to us for this Season was incredibly high and came in from all corners of the globe. It was very hard for our programming team to narrow the selection down to our lineup, let alone judge our very first awards. That being said we feel all of our winners (and nominees) should be proud of themselves and we cannot wait to see where their projects head next.”

The nominees for International webseries included: Self-Help Junkie (USA), Hani’s Barber Shop (IL), The Play of My Life (AR), Trudy Cheesecake in Miracle World (FR), Young & Reckless (CAN), Brewstars (CAN), Tinder is The Night (USA), Zyara (LB), Out With Dad (CAN) by my new best friend Jason Leaver from Hollyweb Festival!

Jason Leaver (Out With Dad), and Brianne Nord-Stewart (Young & Reckless) at the Hollyweb Fest 2017 Awards Ceremony

Huge congrats to all the winners and the nominees, we wish we could have been in attendance!

Find out more about the festival at www.pilotlightfestival.co.uk

Another announcement that is with great pleasure!

YOUNG & RECKLESS is heading to Toronto at the end of May for the T.O. Webfest which runs May 25-27, 2017 at the CN Tower. Yes, really. A festival in the freaking CN Tower. Pretty Canadian, eh?

The three day festival, presented by Web Creators Canada, is in its fourth year and offers “engaging panels and workshops, networking, screenings, installations, awards, special events  and more!” See you there?

You can also watch all 5 episodes of the show RIGHT NOW on Vimeo.