I directed a horror-comedy, survived a pandemic (so far), am working on a Netflix show, and going to Austin Film Festival (virtually, of course)!

It has been a long minute. It seems like just yesterday I shared the PEN15 pitch video and I was looking forward to them hiring me for the second season. (Spoiler alert: the second season is out and I didn’t direct any of the episodes… BUT THERE’S ALWAYS SEASON 3!)

Since then, I directed a short horror-comedy BOT PROX during a 48 hour blood and guts themes competition, got a gig on a Netflix limited series, stayed home for five months like I was told – –

– – and have since started back on said Netflix show, played New Filmmakers Film Festival (virtually) with BOT PROX, and also finally finished the film! (It may have been a work in progress at the fest…)

And this week is the opening of the 27th Austin Film Festival and guess what? BOT PROX is an official selection! Woot woot! Who knew that a little 48 hour horror-comedy film would get into one of the most esteemed film festivals in the world?

Having been officially selected at Austin in 2017 with my digital series YOUNG & RECKLESS, I can say from experience that getting into Austin Film Festival is a huge honour and attending is a privilege any filmmaker should fucking make happen.

BOT PROX is programmed for its World Premiere in Shorts Program 5: Over My Dead Shorts. I love it when they get punny with the program names. This is sure to be a horrorific treat.

The program will be available to watch online starting October 23, 2020 through till October 29th. Just the program is $12, but you can entertain to your hearts content with their Film Pass for $30 or all of the amazing panels and conferences with WORKING & ACTUALLY SUCCESSFUL film industry folks with their Virtual Badge for $200

To check out what else the 2020 Austin Film Festival has to offer head to: watch.eventive.org/austinfilmfestival2020 and tell me about how amazing it was as I’m on set 16 hours a day and sleeping all the rest.

That’s definitely not a complaint.

More on that gig another time.

It’s very cool that some of my work is getting new life on new platforms! BEAT AROUND THE BUSH and my webseries YOUNG & RECKLESS are now available for free to members/users of the gamified streaming platform. www.filmocracy.com

I honestly know nothing about the platform (or gaming in for that matter ), and at quick glance it talked about leader board and ratings and creating an avatar and that’s just another wormhole of procrastination I’m not getting into. But if you live for that stuff, AWESOME!

This license was facilitated in a partnership with FilmHub and the Cleveland International Film Festival where BEAT AROUND THE BUSH was officially selected in 2016. So that’s pretty dope, right?

My short film BEAT AROUND THE BUSH and my first webseries YOUNG & RECKLESS are having a resurgence and finally getting some much deserved online distribution! Both the short and the series have been selected by the online and mobile streaming platform Fearless.

Fearless is an online streaming service that showcases features, series, and shorts from independent creators across the world. With apps for iPhone and Android, and the ability to send movies and shows to your TV with ChromeCast & Apple AirPlay, we like to call ourselves a “film festival in your pocket”.

Fearless favours content that promotes one or more of the following focus areas:

With a mission and a focus like this I’m very proud to have BEAT AROUND THE BUSH and YOUNG & RECKLESS on Fearless. I hope you’ll find even more worthy titles to consume! An app is available for your handheld devices.

BEAT AROUND THE BUSH is now available to rent and stream, or buy and download!

Rent or buy BEAT AROUND THE BUSH at Reelhouse.org

Want to finally watch BEAT AROUND THE BUSH?

A short film that follows a 75 year old widow with Alzheimer’s who decides it’s time to have her very first orgasm ever?

BEAT AROUND THE BUSH and YOUNG & RECKLESS will be available for free to members/users of the content streaming platform Streampix.

“Streampix is a library of movies and TV shows that you can watch commercial-free and unlimited on any screen, such as your TV, laptop, tablet or smartphone.”

This license was facilitated in a partnership with FilmHub and the Cleveland International Film Festival where BEAT AROUND THE BUSH was officially selected in 2016.

BEAT AROUND THE BUSH is heading to the desert for the 1st annual Filmchella!

The 1st annual Filmchella (like Coachella but for films) is happening this weekend in the desert and BEAT AROUND THE BUSH plays September 29th, 2017 around 7:30pm at the Drive in. So far the best info is on their Facebook page but there website is also flashy! www.filmchella.com

3 DAYS IN THE DESERT
DRIVE IN STYLE MOVIES UNDER THE STARS
CAMPING FILM FESTIVAL EXPERIENCE.

Random fact: The actor Tom Sizemore stalked us on Twitter to get us to submit. “Heart & Souls” is one of my favourite movies! 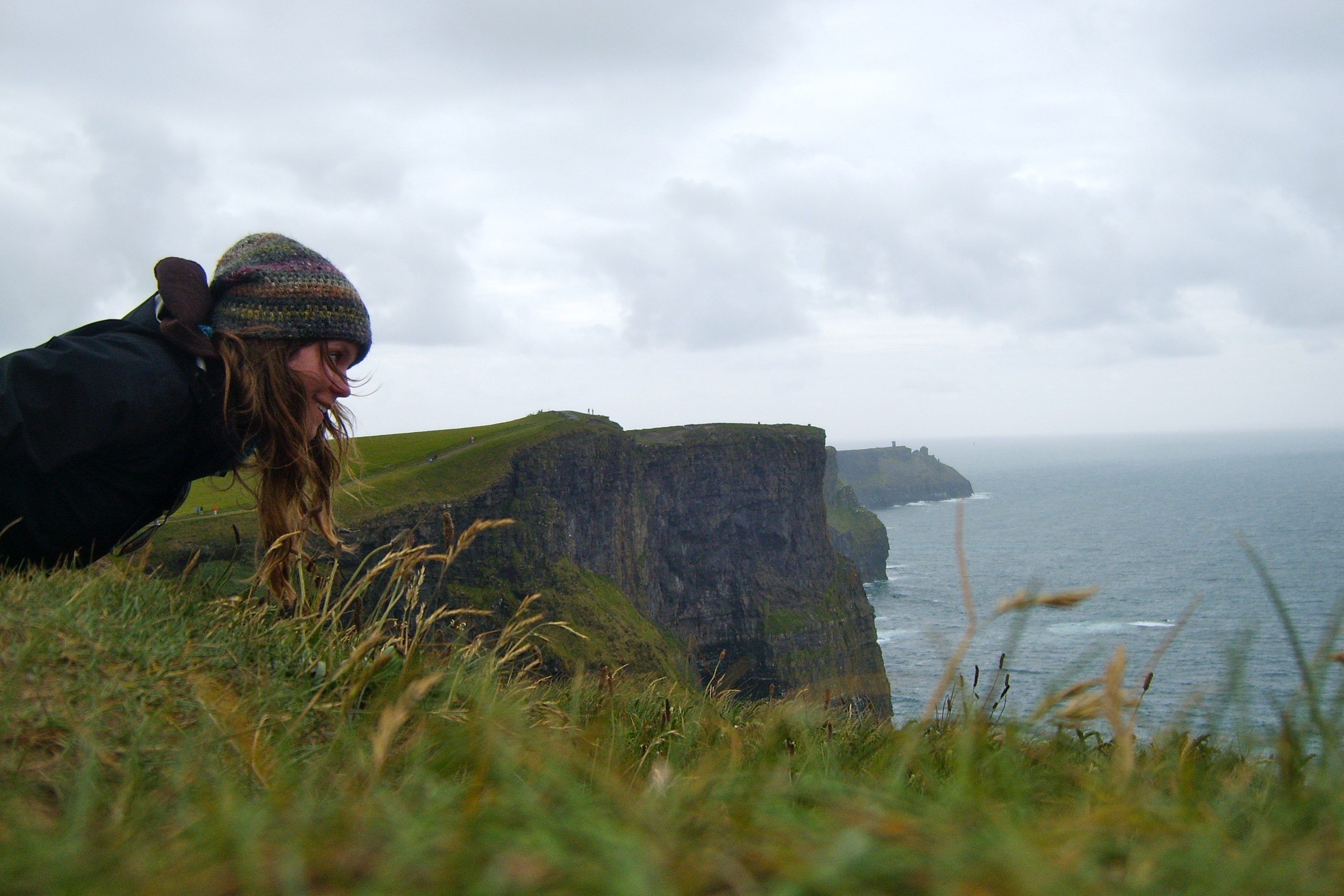 Earlier this year, my short BEAT AROUND THE BUSH played at the Nickel Film Festival in St. John’s Newfoundland, and I’m excited that they have selected the film to showcase at the Kerry Film Festival in Ireland.

Somewhere in Ireland in 2011

Kerry Film Festival is an internationally recognized Irish Short Film Festival. The festival takes place in the picturesque town of Killarney, Co. Kerry in the south west of Ireland from the 19th-22nd of October 2017.

Highlights of the Kerry Film Festival include an international short film competition, a curated programme of features films, a showcase of Kerry talent, live film music events and niche film events in unique venues. Through our annual Film Festival and year-round programme of events including our Summer Open Air Cinema, our goal is to create new and exciting film experiences, create a hub of film creativity and appreciation in Kerry, champion the work of local and national emerging filmmakers and promote the county as a major filmmaking destination.

While I won’t be in attendance, I do love Ireland a wee bit. Or a big wee bit. Pictures included from my last (and only) visit.

Before there were cellphone selfies, there were point and shoot timers. Every solo traveller used them!

“Beat Around the Bush” WINS the Broad Humor Film Festival with Best Short!

This news could not have come on a more needed day.

I think it can now be an official fact that whenever I am unable to attend a festival, we win an award. Basically, I should never travel and we’ll do really well!

Thank you to the festival for giving our film the recognition! And to all the below winners, congrats!

“Beat Around the Bush”, Winner of BEST ENSEMBLE CAST at the Atlanta Underground Film Festival

It’s been a busy August for BEAT AROUND THE BUSH, the little old lady orgasm movie that just keeps getting around!

It is fantastic to share that the entire cast of the film were acknowledged for their talent and  hard work this past weekend when the Atlanta Underground Film Festival Awarded us and award for Best Ensemble Cast. Huge congrats to Brenda Matthews, Mary Black, Gina Stockdale, and of course, Kacey Rohl.

Thank you so much for the recognition!

After the HollyShorts, and Atlanta Underground screenings in August, BEAT AROUND THE BUSH is heading back to Los Angeles once again and will be screening in Venice Beach as part of the 10th Broad Humour Film Festival.

The Broad Humour Film Festival runs August 31st-September 3rd, 2017 and is a place where funny broads hang out with funny broads. Our lead actress Brenda Matthews will definitely be in attendance, and  it’s possible I will be as well!

BEAT AROUND THE BUSH screening info:

The Broad Humour Film Festival was named one of the 5 “coolest” women’s film festivals in the world by Moviemaker Magazine in 2016. I look forward to being a part of such a fantastic organization. www.broadhumor.com