Leave a comment
By bnordstewart beat around the bush, Film Screenings, short films

Beat Around the Bush is heading north again!

It’s no secret that I am a huge fan of Yellowknife, Northwest Territories, and the amazing humans that make up and support the film and art community.

Once upon a time I was trying to make a genre-bending and ambitious short film in Yellowknife called With Cold Tongues, which lead me into the arms of Pablo Saravanja, Amos Scott, Jay Bulckaert, and Jeremy Emerson. Jeremy has been the director of the Yellowknife International Film Festival since it’s inception (I’m 50% completely sure of that…could have been Pablo, or Leslie…) and has invited my films up to screen time and time again.

Brianne & Pablo Saravanja outside the 2015 Snow Castle in Yellowknife where the Dead North films play and receive their juried awards! (The gash on Pablo’s head is make up)

Pablo and Jay were inspired that my short, The Provider, which was screening at YKIFF was made in 48 hours, which inspired them to create the Dead North Film Festival and had me judge the first year’s entries.

I am excited that Beat Around the Bush has been officially selected for the 10th Yellowknife International Film Festival, and will be screening this year, with a line up that includes some exciting emerging northern talent, including director Kirsten Carthew, and producer Amos Scott’s feature The Sun At Midnight, which is the first Northwest Territories made feature film (90% sure of this)!

A few of the homies from Yellowknife also had SUPPORTING roles in Leonardo Dicaprio starring epic The Revenant. Their names are Melaw Nakehk’o and Duane Howard. I personally follow and admire Melaw’s moosehide tanning work, and her strength in learning and teaching traditional skills. Random fact, her nephew K’a Nakehk’o is our poster talent on With Cold Tongues. Maybe one day the film will get made!

I just want to go back up there. There must be something in the water. (Insert Con Mine joke here…) 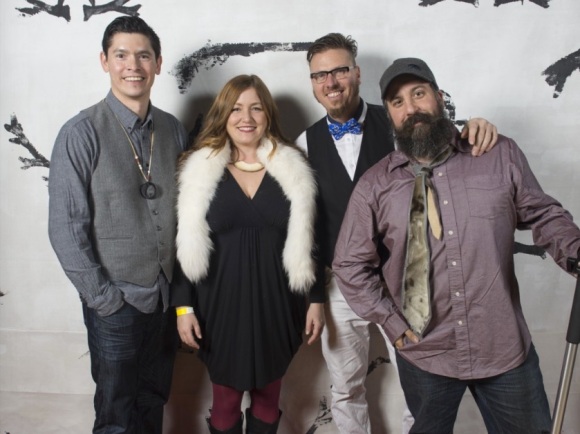 P.S. I got so wrapped up in talking about how much I love Yellowknife that I forgot to write the part about Beat Around the Bush being accepted and had to go back and add it in. That’s love.