According to IMDB, I’m in the top five of female Canadian directors? Sweet!

So. I made this list, and also seem to be kinda close to the top of it. That’s cool.

“Top Canadian Female Directors” according to someone at IMDB? 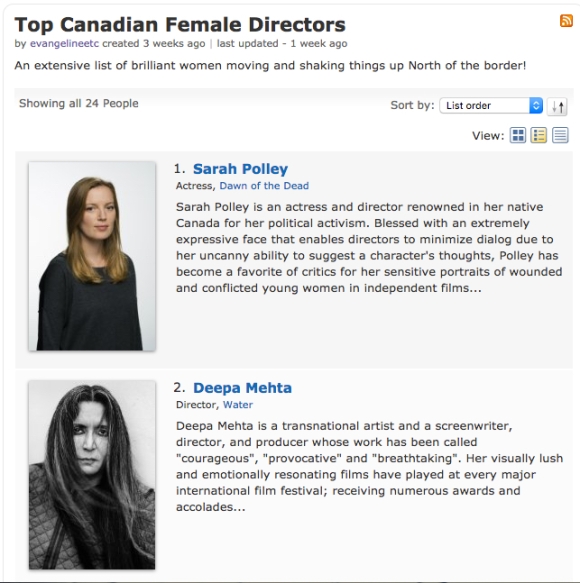 I’ll think about putting up a picture for the future…

What better way to start of a new year of an emerging film career than by being 1 of 8 female directors chosen for the Women in the Director’s Chair: Aspects of Production & Post Production?

I am lucky to be one of those 8 women.

Between January 15th-19th I’ll be hanging around The Banff Centre for one of the country’s best professional development workshops. In 2008 I attended the workshop as a “trainee” – an entry level position – while I was still attending university. I am thrilled to return as a director and workshop one of my upcoming scripts in development.