Young & Reckless is headed for some Sunshine in Florida! 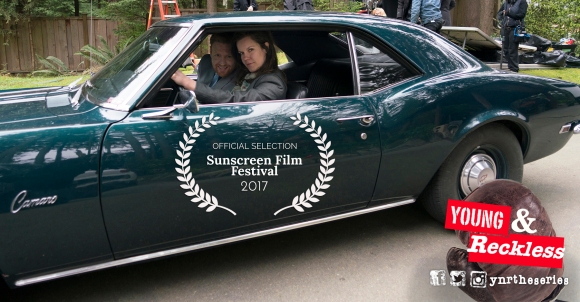 It’s with great pleasure that I announce that YOUNG & RECKLESS – the digital series I directed and produced about a 28-year-old dude whose arch nemesis is a 13-year-old girl – is headed to St. Petersburg, Florida for the 12th annual Sunscreen Film Festival!

The Sunscreen Film Festival has grown from its first festival in a local art gallery with 600 attendees in 2006. Now it is an internationally recognized event with an annual attendance of over 10,000 in St. Petersburg, FL and Los Angeles, CA. In 2013 the festival expanded to Los Angeles and now holds the Florida version in the spring and the Los Angeles version in the fall each year.

Find out more about the festival – including Dylan McDermott’s presence – at sunscreenfilmfestival.com

Not in Florida? You can watch all 5 episodes of season one right now at www.YnRtheseries.com